Week 2nd we studied through about Nam June Paik. He was born in July 20, 1932 – January 29, 2006. He was a Korean American artist. He worked with a variety of media and is considered to be the founder of video art. He is credited with an early usage (1974) of the term "electronic super highway" in application to telecommunication. 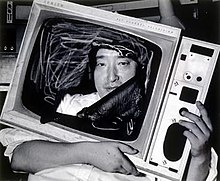 Electronic Super Highway
To design this monumental map of the United States, the artist Nam June Paik arranged 336 televisions on a scaffold and overlaid it with almost 600 feet of neon. Fifty DVD players send multimedia simultaneously to screens populating each state.

In 1974, artist Nam June Paik submitted a report to the Art Program of the Rockefeller Foundation, one of the first organizations to support artists working with new media, including television and video. Entitled “Media Planning for the Post Industrial Society, The 21st Century is now only 26 years away”, the report argued that media technologies would become increasingly prevalent in American society, and should be used to address pressing social problems, such as racial segregation, the modernization of the economy, and environmental pollution. Presciently, Paik’s report forecasted the emergence of what he called a “broadband communication network” or “electronic super highway” comprising not only television and video, but also “audio cassettes, telex, data pooling, continental satellites, micro-fiches, private microwaves and eventually, fiber optics on laser frequencies.” By the 1990s, Paik’s concept of an information “superhighway” had become associated with a new “world wide web” of electronic communication then emerging just as he had predicted. 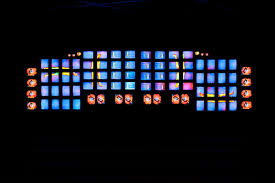